Hello Compleat Angler friends! The predominant freshwater trend for this week is that flows have dropped to average levels on most of our rivers. For those fishing locally for trout, keep your eyes peeled during the afternoon: subtle takes on the surface will mean that they are rising on small midge emergers, while a splashier rise indicates they are on the adult form. Anglers are also having success fishing for Atlantic Salmon on the Naugatuck and Shetucket Rivers thanks to the milder winter temperatures. Conditions have also improved on the Salmon River, and our anglers are still catching fresh fish as the high flows have pushed more fish into the system. On the saltwater side the options are a little more limited, however anglers fishing the Housatonic, Connecticut, and Thames Rivers have been picking away at holdover stripers which are concentrated in the deeper sections upriver from the I-95 Bridge this time of year. We recently got in the new Sage Salt R8s which will be available next week! After casting these rods we were blown away by how light the 9wt is, and they cast incredibly well, especially the 8 and 9wt rods. We hope everyone has been able to find some fish this winter season!

With all of our TMAs stocked earlier in the fall, the areas to focus on include the Mill, Mianus, Saugatuck, Farmington, and Housatonic rivers. Try an assortment of smaller nymphs and streamers in the morning and look for Blue Winged Olive hatches during the afternoons. Trout have been rising in the afternoon to tiny Blue Winged Olive emergers and Midges. We have clear conditions on all of our local rivers, and the Saugatuck is running at a comfortable 83.2cfs.

Both the Naugatuck and Shetucket rivers were recently stocked again with Atlantic Salmon on January 11th and the 3rd. Try focusing on the TMAs and swinging streamers for these fish in combination with a polyleader. Getting the fly into the strike zone is essential, especially during cold mornings. Try a variety of gaudy and drab colored streamers, as well as traditional Atlantic Salmon flies. The best areas to focus on include the deepest section of slow pools and the tailout of runs. Flows are currently average on the Naugatuck and 452cfs at Beacon Falls. The prevalent hatch this time of year is Blue Winged Olives, Winter Caddis and occasional midges. With colder average night/daytime temperatures, most of the action will occur in the afternoon. The West Branch Riverton gauge is at 522cfs from flow cuts in the dam release with the Still adding 139cfs, so overall flows are higher than average but lower than last week. Water temps are in the mid-to-high 30s. In terms of the actual fishing, those anglers that have been successful have been really working for their fish. For dry fly anglers, the trout are continuing to rise, and most hatches are occurring in the late morning and into the afternoon. Look to fish Blue Winged Olives, Winter Caddis, and midges as the most prevalent hatches. Winter Caddis will hatch in the early-to-late morning. However, the majority of bug activity will be in the afternoon during the warmest part of the day. Small flies down to size 26 seem to be the norm. This means that presentation is key, so go with longer leaders and think about stepping down tippet size to 6x, while being mindful to have a drag-free drift. The Church pool can be a consistent option this time of year if you are hunting for rising fish. Small nymphs will also continue to produce. For our Trout Spey anglers, swinging wet flies can be productive, but don’t be afraid to throw larger intruder style patterns. There is no shortage of options as far as techniques go. With the colder mornings, try fishing streamers and nymphs until most of the hatches start up in the afternoon. For nymphs, bring a variety of small stuff, like zebra midges, olive hare’s ears, perdigon style, caddis larvae, etc. During high water bringing some larger nymphs and junk flies (mops, squirmies) is a good tactic. Black stonefly nymphs will also fish all winter. Try a larger fly (mop, stonefly) for your dropper followed by a smaller offering (size 18-24) as this will get your rig down to the trout’s depth as they become more lethargic. Switch up streamer techniques and trying the low-and-slow approach may be the key to success. Spend time fishing the deeper and slower runs, as the drop in water temperature will move the trout into their winter lies, and expect some pretty subtle takes. Remember to not high or low hole anyone. Let’s be respectful to other anglers. Good luck! Keep in mind: Please report any suspicious activity and poaching to DEEP by calling 800-842-4357.

We have higher than average flow on the Housatonic, but at 1450cfs on the Falls Village gauge they are a bit lower than last week. Water this high can prove tough for wading, so another option to consider is fishing the Shepaug. Bring a variety of small nymphs: Caddis larvae and Pupae, Stoneflies, Zebra Midges, etc. Focusing on areas by the park (especially if you’re looking for rising trout) and TMAs should result in some fish during the warmer afternoons. The most prevalent hatch will be Blue Winged Olives, Midges, and Winter Caddis, and I would bring a variety of sizes in the adults and emergers, as trout have been sipping on emerging BWOs frequently. Focusing on your small sizes 20-24 should result in some success. Presentation is key, so try longer leaders, stepping down to 6x tippet, and ensuring a drag free drift. The most likely water to find rising fish will be areas with medium to slow flows. Focusing on nymphing during the colder mornings is a good strategy and look for rising fish in the afternoon and into the evening. Focus your efforts on the deeper pools as trout have pushed into their slower and deeper winter lies.

Some anglers are enjoying the milder temperatures and are being rewarded with fish near the Housatonic River. These fish are staging and moving upriver to winter over, so further upriver North of the I-95 Bridge (as opposed to the mouth) should result in the most activity. The decrease in flows should improve the water clarity for this weekend. Bring Clousers, as well as some Peanut Bunker imitations, and Silversides in the 2-4” range, which should cover most of the fishing. The coves and entrances into salt ponds are also producing fish. Fishing low and slow is the name of the game, and fishing more aggressive sinking lines, or heavier flies, to get down to the fish that are in large pods in the deeper holes. This is a tough time of year for fly anglers, however there are still fish to be caught upriver as Stripers move up river towards the dam. Other areas to target holdover Stripers include the Connecticut River and the Thames River. Please report any poaching to the DEEP by calling 800-842-4357.

Flows are still slightly high but more manageable, with the Pineville gauge reading 1350cfs. Now is also a good time to fish the tributaries, as Brown Trout and Steelhead will have pushed into all of them. The Steelhead fishing has proven consistent with chrome fish pushing in daily along with the occasional Brown Trout. Steelhead are spread throughout the river. Every day has been different, and most anglers are seeing a couple of Steelhead with the occasional day producing double digits. When fishing upriver focus on winter holding lies, the slower deeper water. For these fish, focus on using egg patterns: Glo-bugs, Estaz, Sucker Spawn, as well as Egg-Sucking Leeches. Don’t forget about Stonefly patterns and San Juan Worms, as those will continue to work all winter as the Salmon activity dies off. Being adaptable and switching up techniques/flies often results in the most success. Don’t be afraid to fish the faster water, especially in the lower river where fresh fish are still pushing in daily. For our Spey anglers a variety of colors such as black, purple, blue, brown, and pink should all work well. During the coldest mornings, slush has been an issue on the lower river. However, it will dissipate once air temperatures start to increase during the late morning, which makes the lower river still a viable option. With the colder morning temperatures underway, make sure you have a good layering system and gloves to stay warm! After the mix of snow and rain expected for the end of this week, weekend temperatures will be colder with a high of 20 degrees for Saturday. Air temperatures should increase into the high 30s for next week

With colder temperatures, the mornings have been a nymphing-based game. The West Branch flows are 400cfs at Hale Eddy, while the East is 1220cfs at Fish’s Eddy. The Mainstem at Lordville is flowing at 1990cfs, a bit lower compared to last week. Current average water temperatures are in the mid 30s. Please be mindful of trout spawning beds (Redds), especially now that the fishery is open all year round as these eggs are susceptible to being crushed by wade anglers. In general, the most prevalent hatches continue to be BWOs in the afternoon on the warmer days. Look to fish Olive nymphs in size 18-24, as subsurface has been the most productive especially in the mornings. For our dry fly anglers try small Rusty Spinners, BWO emergers, and focus on the slower pools and tailouts during the afternoons. Blue Winged Olives will be the main hatch with some Midges and Small Black Caddis. Trout are in their winter lies now so focus on the slower and deeper pools. For our wading anglers using Trout Spey rods, a slowly swung fly is a good tactic with colder water temperatures. Fishing streamers and nymphs in the morning can also work well until the hatches become prevalent in the afternoons. Other considerations for this time of year include the Neversink, Willowemoc, and the Beaverkill. 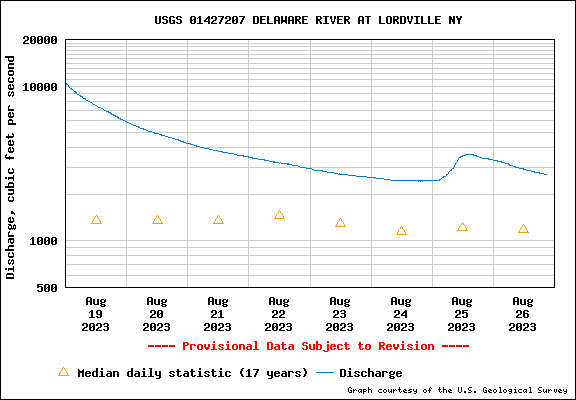 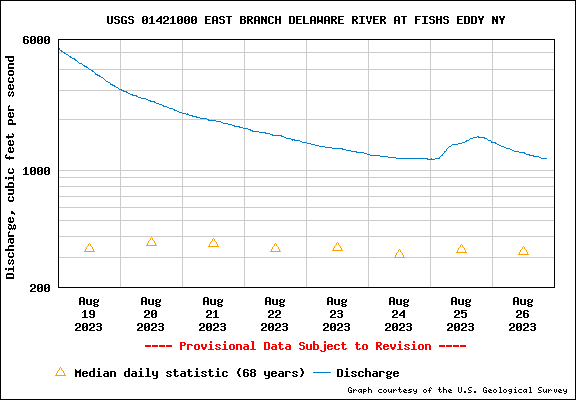